There must be more to life than this …right?

Alpha is aimed at a vast and ever-growing number of people, young and old alike, who are part of our work-obsessed, socially competitive world, and who find themselves saying to their spouses, their friends and themselves “There must be more to life than this, right?”

Alpha provides an answer to that question, an unequivocally Christian, yet non-denominational answer and one that has evoked an astonishing amount of interest around the world.  As of last year, Alpha is running in 169 countries and 112 languages, with 27 million people having taken an Alpha course.

Here in our corner of the world, Alpha runs at St. Luke’s Episcopal Church in Gladstone.  A new 7-week Sunday night course begins there on January 5th.  Each session (6:00-8PM) includes dinner, a video talk by Nicky Gumbel, and a time for conversation and discussion.  There is no charge.

When it began, in 1977, Alpha had evangelical roots, but over the years it seems to have become much more mainstream and non-denominational, witness the wide variety of Christian churches that run its courses – Anglican, Episcopal, Presbyterian, Lutheran, Baptist, Methodist, Reformed, Pentecostal, Orthodox and Roman Catholic.

Nevertheless, the main point of Alpha is not just to reinforce existing Christians but to inform non-Christians – people of an inquiring mind, people who want hard information rather than propaganda, people who are asking that question: “There must be more to life than this, right?”

Nicky Gumbel, who presents the video talks, was himself an atheist, who became an agnostic, who became a Christian, so he knows what it’s like to ask these questions and to be looking for answers.  He is currently an Anglican priest at Holy Trinity Church in London.  His style is direct, often humorous, always engaging.. 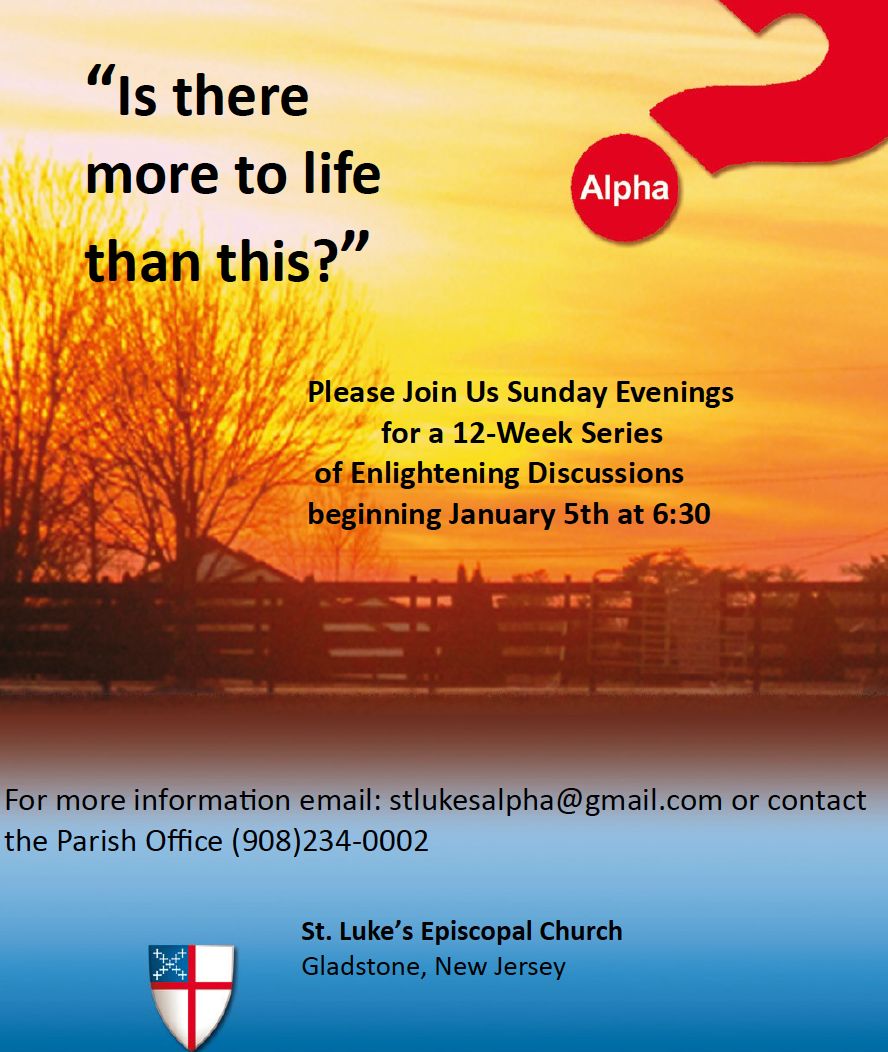